L. Edward Johndro (1882-1951) was one of the great american astrologers of the 20th Century. I became familiar with his work in the early 80’s as I ordered a pamphlet on his New Conception of Sign Rulership from the American Federation of Astrologers. The pamphlet, consisting only of some 30 pages, yet full of detail, was forwarded by another legendary astrologer, Al H. Morrison, editor of the CAO TIMES. I immediately took a liking to the basic concepts.

It was at one of the conferences of the Astrological Association of Great Britain, 1983-85, I don’t quite recall. There has just been an interesting discussion on the discovery chart of Plutonium. Charles Harvey, President of the British Astrological Association, had taken the stand and the panel was open for a post-lecture discussion with questions and answers. Being in my early 20’s at the time, I took the opportunity to raise my hand and point out the apparent action in Scorpio, most frequently towards the middle of the sign, at the time when important discoveries were made, whether elemental or planetary. Mars was located close 15°Scorpio in the discovery chart of Plutonium. Mercury in the discovery chart of Chiron, and so on. I related it to Johndro’s conception of sign rulership and the division in the middle of Scorpio, hence lay the boundaries between the domains of Saturn and Uranus. „This appears to be a door through which everything must pass, when entering from the unconsciousness and unknown, and into our consciousness of that which exists and our concept of reality. And the powers of the planet most closely related to the middle of the sign and 15° Scorpio, reveals something of the nature of that which is about to enter into our rational mind and per definition a state of tangible existence”.

I heard a gentleman further along the row next to me exclaim; „Hey, that’s rather interesting. He might have a point”. And then somebody else; „…Heck, what is he on about, Charles?” Harvey responded, „He is referring to Johndro’s concept of the 8 power-centres of the Zodiac.” Now, I had never heard or read about this before, and whatever Harvey knew or meant wasn’t elaborated further. I should have asked. But every time I get back to Johndro’s concept of sign rulership, the response of Charles Harvey regarding the power-points within this system is always on my mind. Now I don’t want to tangle myself into the full detail of Johndro’s concept of Sign Rulership, as I am particularly happy with the traditional rulers and system(s) of disposition (viz. sign, exaltation, triplicity, term and faces). But I would like to explain the general idea behind the Johndro perspective, which he at one-point terms as a more ‘fundamental rulership’ (p16) And particularly what is going on in these 8 power-centres on the cusp of rulerships, when we get to that.

Beyond the astrological, Johndro’s more conventional occupation was as an electrical engineer. Maybe this mere fact and his understanding of static energy, was one of the driving factors to his unique understanding of the astrological. While he in his concept of astrology respects the traditional division of the zodiac into 12 customary signs, his concept of Sign Rulership is based upon the division of eight. Johndro recognizes 8 planets as primary or fundamental dispositors of the astrological zodiac; Mercury, Venus, Mars, Jupiter, Saturn, Uranus, Neptune and Pluto. The division of the 360° zodiac by 8, results in 8 equal slices of 45° each.

Beginning with 0° Aries, the first 45 degrees of the zodiac leads to 15° Taurus. This first portion reflects according to Johndro the principles of Mercury. The second sector beginning in 15° Taurus, leading to the final degree of Gemini, ruled by Venus. The third sector from 0° Cancer and to the middle of the fixed sign Leo, which was ruled by Mars. The fourth division beginning in 15° Leo and ending in the final degree of Virgo, ruled by Jupiter. The fifth division allotted to Saturn from 0° Libra and stretching to 15° Scorpio. The sixth sector from 15° Scorpio until 0° Capricorn, and ruled by Uranus. The seventh part from 0° Capricorn to 15° Aquarius and ruled by Neptune., The final division beginning at 15° Aquarius and until the final degree of the zodiac, belonging to Pluto.

So, the change of planetary rulerships, according to this system, occurs with the first degree of the cardinal signs Aries, Cancer, Libra and Capricorn, and the 15° of the fixed signs Taurus, Leo, Scorpio and Aquarius. These are the 8 Johndronian power-centres as referred to by Charles Harvey, and we will take this further, but first the 8 basic division of fundamental planetary principles;

The first 45° of the zodiac are ruled by, or reflect, an obvious Mercurial influence, Johndro argues. „In the beginning was the Word.” While Aries traditionally is viewed as ruling the head and brain, another page teaches that Mars rules the muscles of the body. This, he says, is a contradiction. Mercury, however, rules the brain and the ability of thought and expression of self. The first 15° of Taurus, relates to the mouth, lips, ears, the thyroid gland and also eye. So here lies the ability to observe, appraise, articulate, maybe model and sing. Johndro also points out the mental stubbornness of the first half of Taurus.

The second half of Taurus is the only portion of the zodiac where the old and fundamental rulership of the circle is retained. Here lies music, the arts, values, the aptitude for social likeability and culture. The entire sign of Gemini falls under the division of Venus. We coordinate music, singing and the fine arts with their principle organs of expression – the throat, respiratory organs, arms and hands. There is also the close relationship to brother and sisters, neighbours and kin, immediate environment – as Gemini is shown as a sign in close embrace, and our expression of social gestures (the expression of friendship and greeting) ranges from the kiss, hug and to the handshake.

Many wrestlers, prize-fighters, physical culturists, army men, firemen, policemen and wars are found within this semi quadrant, argues Johndro. Instead of assigning the Moon to Cancer and the Sun to Leo, it is the influence of Mars, who is protective and defensive. The Heart (Leo) is primarily a muscle, and the afflictions of Mars, whether natal or progressed, often affect the stomach (Cancer) and Heart (Leo) – while the afflictions of the Sun and Moon do not, unless in combination with Mars. I’m also guessing that within our food (Cancer), lies our basic reservoir to energy. A muscle also only acquires its strength from its ability to contraction (Cancer).

Jupiter’s association with the 2nd half of Leo, thus explaining the Royalty and esteem of late Leo. The stylishness and correctness (Jupiter) of Virgo becomes evident, together with the hosts of lawyers, judges and justices. We anatomically associate the liver, pancreas, intestines and processes of assimilation with Jupiter, but these organs are more correctly located within this semi quadrant, and not within the thigh, as represented by Sagittarius. Within the sign of Virgo comes many doctors and teachers. The banking, brokerage, commission, financing and investment nature of the 2nd half of Leo, together with the office, merchandizing and statistical nature of Virgo are now easily understood in their true relation to money and goods (Jupiter).

By assigning Saturn to this semi quadrant, we better understand the concept of Autumn or Fall. „Marriage (Libra) is seen as a sex (Scorpio) union or wed-lock (Saturn) in relation to vows of fidelity (Saturn) and the ring (Saturn’s ring) ceremonial. The relation of mass and weight (Saturn) to the weighing scales (Libra); the correlation of the kidney’s, colon, typhoid, constipation and hernia (Saturn) with the first half of the 8th house and Scorpio – all these and much more attest to the truth of this assignment.” – Johndro.

Though the association of Uranus to this portion of the zodiac, we may more readily identify the eliminatory organs and separative functions of Scorpio, together with the restless, freedom-loving qualities of Sagittarius and the tendency to travel and roam. There is the urging for exploration, together with the compulsion of sexual excitement, and sensation of losing it at the instant as the point of no return is passed. Throwing us beyond our selves. Uranus represents the first step of ‘worlds beyond’. It both represents the extremes, contrast and rebel of the Scorpionic nature, together with the designing, liberal and inventive feats of Sagittarius. Here also we see the important step toward exploration and enlightment, also into religion and philosophy. Travelling with the wings and winds of change. Hunting with the use of weapons like archery or guns.

The 2nd step out into the world beyond ourselves, and where our projection of ideals and aspirations becomes so important. Here we find politicians, promotors, international problems, questions of democracy, of credibility, performers, publicity and positions of trust. „We also see in Neptune, not Saturn, the capricious and polyandrous tendencies of Capricorn. This semi quadrant relates to the cosmopolitan, world trade or problems affecting the race not as individuals but as cooperating groups, or nations as a whole.” Through Capricorn Neptune deals with the mythological figures and also represents the monk, mystic and alchemist. Water, rain, but a downpour. In the first half of Aquarius, a stream of water, but more due to evaporation. Angelic conditions and abstracts.

Through the assignment of Pluto to the final semi quadrant of the zodiac, the Circle of Necessity is completed with the terms of nothingness, dissolution and nihilism. „Thus, through all the other planetary principles of thinking (Mercury), loving (Venus), strong (Mars), civilized (Jupiter), primitive (Saturn), developed (Uranus) and enlightened (Neptune) – the Human Race meets in ultimate with the mystery of dissolution and infinity (Pluto), which closes the circle in a cipher, beyond which there only is another beginning (Aries).” Johndro says that semi quadrant of Pluto is the department of voids, lack, waste, vacuums, vortices, the unknown, the greatest mysteries, the bottomless pit and all that as yet transcends human consciousness. So being at full depth with the IT. The final separation from attachments and submission of the ego as indicated by Pluto, agreeing with the qualities of the second half of Aquarius and the sign of Pisces.

While the first 5 semi quadrants of the zodiac from Mercury though to Saturn, deal with the realms of our World and tangibles we deal with, the final 3 semi quadrates Uranus, Neptune, Pluto – deal with the worlds beyond and the export of self. Now Charles Harvey commented upon Johndro’s division of sign rulership, the cusp from one semi quadrant to the next, to represent some sort of cosmic power-centre. In my opinion the shift of fundamental disposition from Saturn and to Uranus, which is found in the 15° of Scorpio is the most obvious and easiest to understand, because it represents the border of the rational and irrational mind, the tangible and the unknown, that which we understand as real and has a part of our existence, and that which yet has to be discovered. It is the edge of our conscious mind, our understanding and existence, as it were.

In this sense, the other power-centres, or shifts of planetary disposition within the zodiac may seem more difficult to grip, but I will attempt to give a description of what is going on in these areas, the trades and activities:

Now through my many years of practice, I have many examples that demonstrate the importance and significance of the 15° of Scorpio – indicating a shift from one world to another. The other power-centres I have less material and chart examples of, so please get back with your examples, experiences and observations. Best of Journeys! 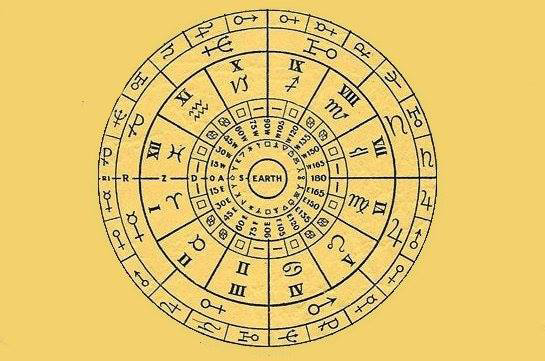 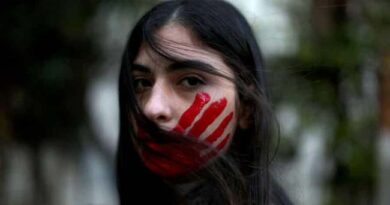 Lack of planetary dignity, Age Point and a case of sexual abuse 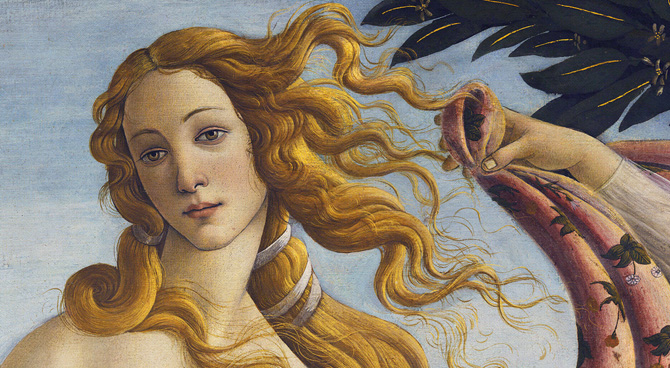 Venus and beauty over the centuries (part VII)